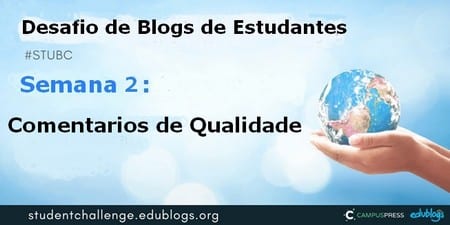 Our Challenge follows its epic course connecting hundreds of young people through the world:1550+ from 27 Countries!

Week Two was all about commenting:  the complex blog post that accompanied this task went through all the intricate meanders that distinguish a trivial contact from a significant interpellation, independently of the young authors age.

Besides, the well-articulated post included differentiated strategies which lay the foundations  that may enable eventual insightful conversations.

With time and perseverance, any Student may come to excel in the art of dialogue. This so often forgotten art acts as a powerful tool to build peace at all levels.

Very different thinkers would agree with the vital importance thus attributed to what may superficially seem to be like “just talk”.

Take the case, for instance, of the young Philosophy teacher François-Xavier Bellamy, who choose to teach in a difficult public school on the suburbs of Paris. There, he met the suffering of his own Students, mostly coming from unfavoured quarters; as they struggled to express themselves clearly, they would easily get angry and anxious.

Inspired by his kids, who felt “thirsty for reason” he founded “Les Soirées de la Philo” in a central Paris Theatre, where they would gather weekly, to discuss any relevant subject they would chose and to learn how to engage in real dialogue.

After the success of this initiative, the sessions were extended online, under registration.

As Hanna Arendt stressed so clearly: “We humanize what is going on in the world while talking to each other about it; and through this dialogue, we learn to be human”.